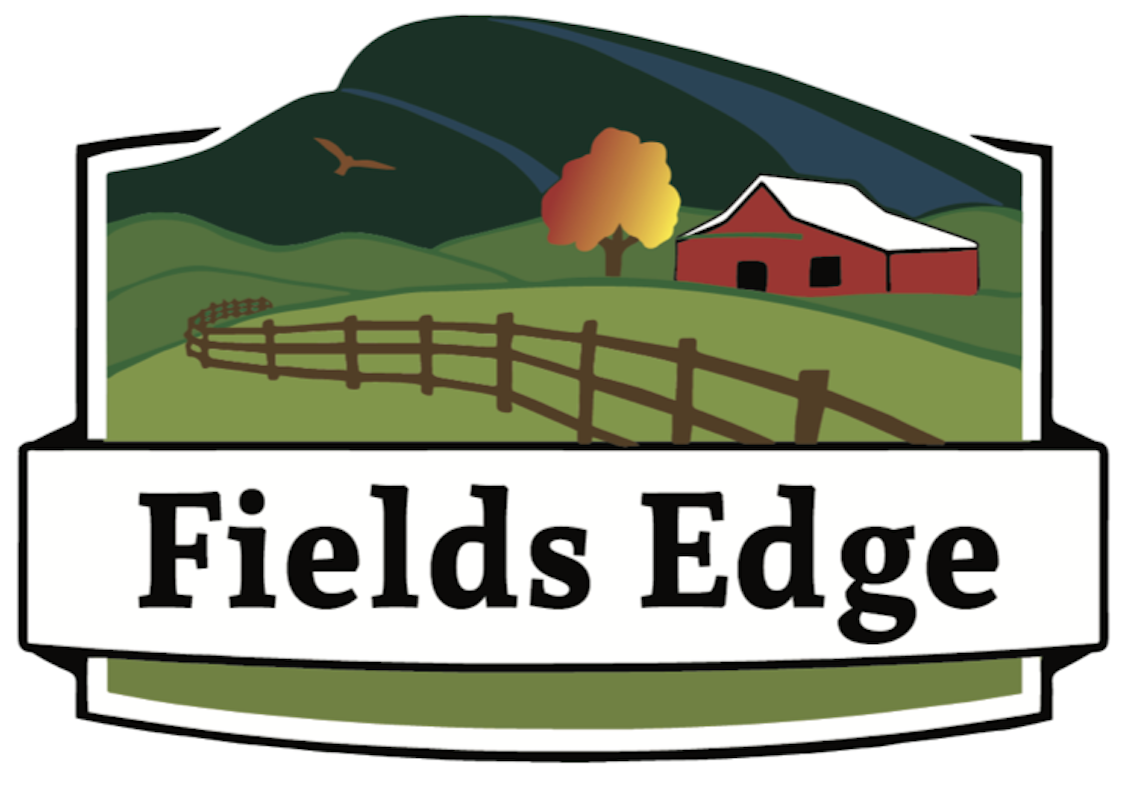 The Slushers in the Rush Fork Valley of Floyd, Virginia 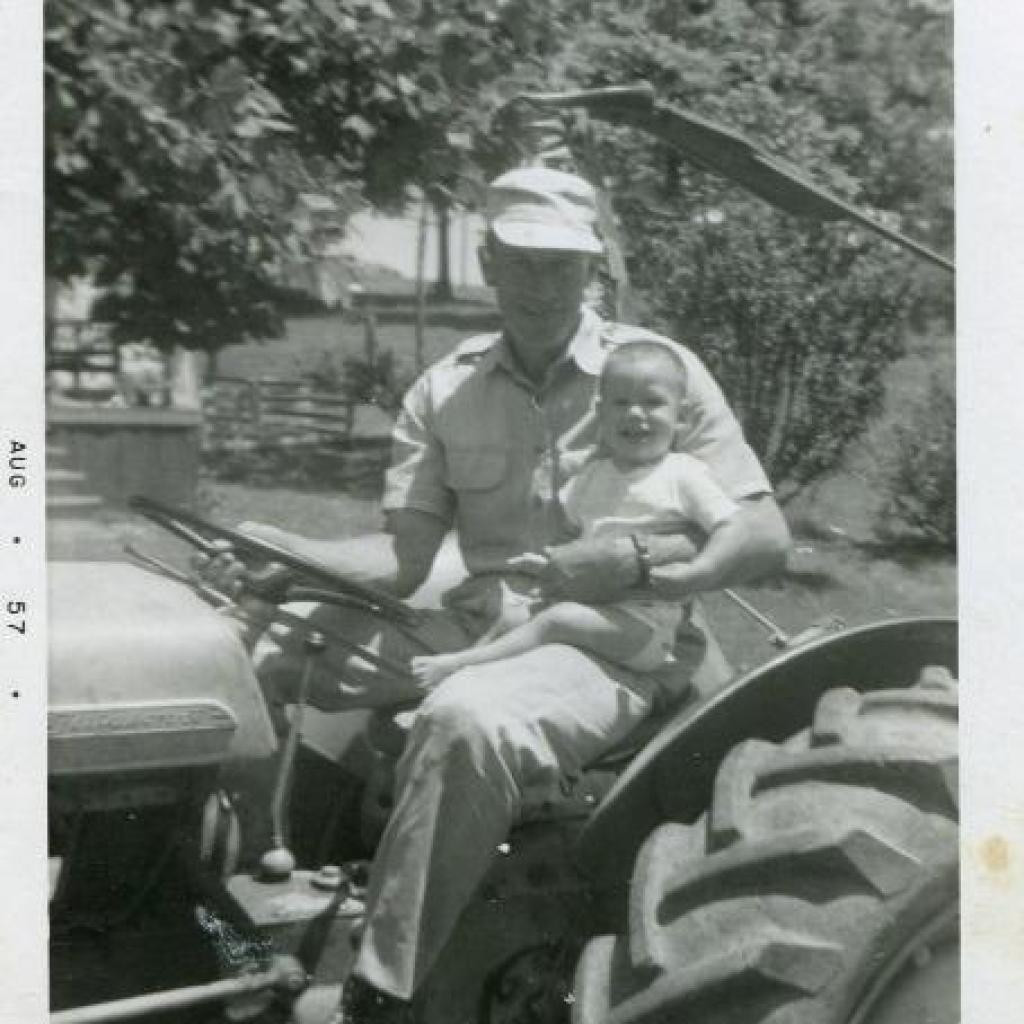 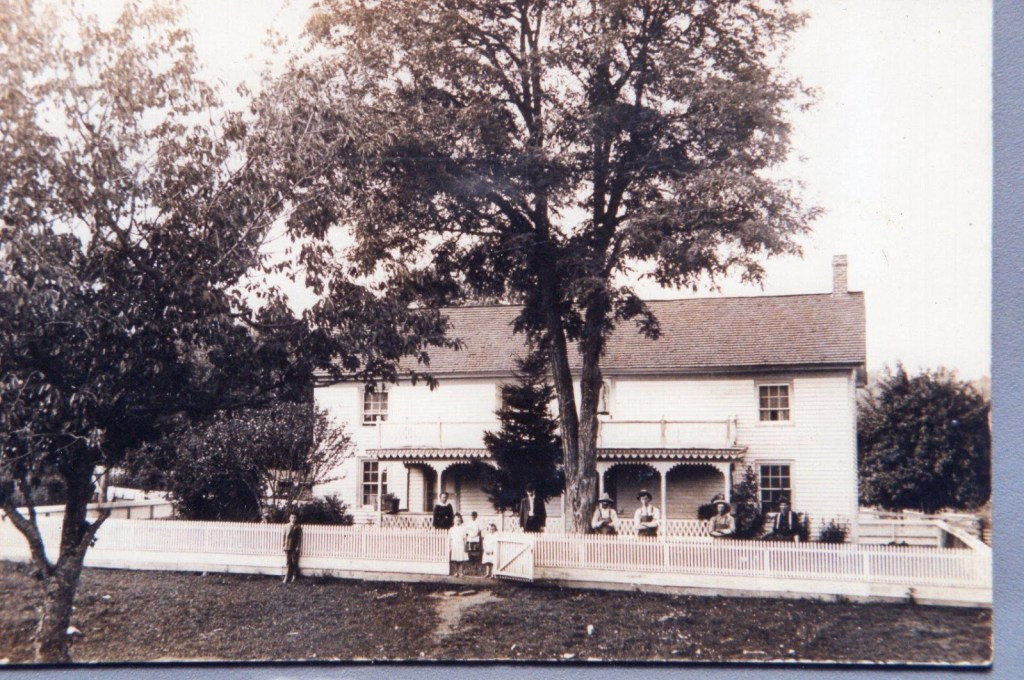 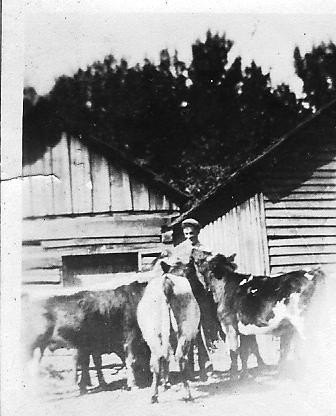 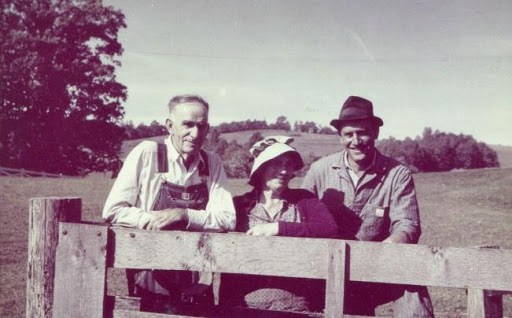 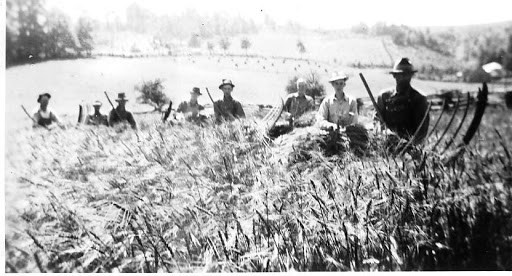 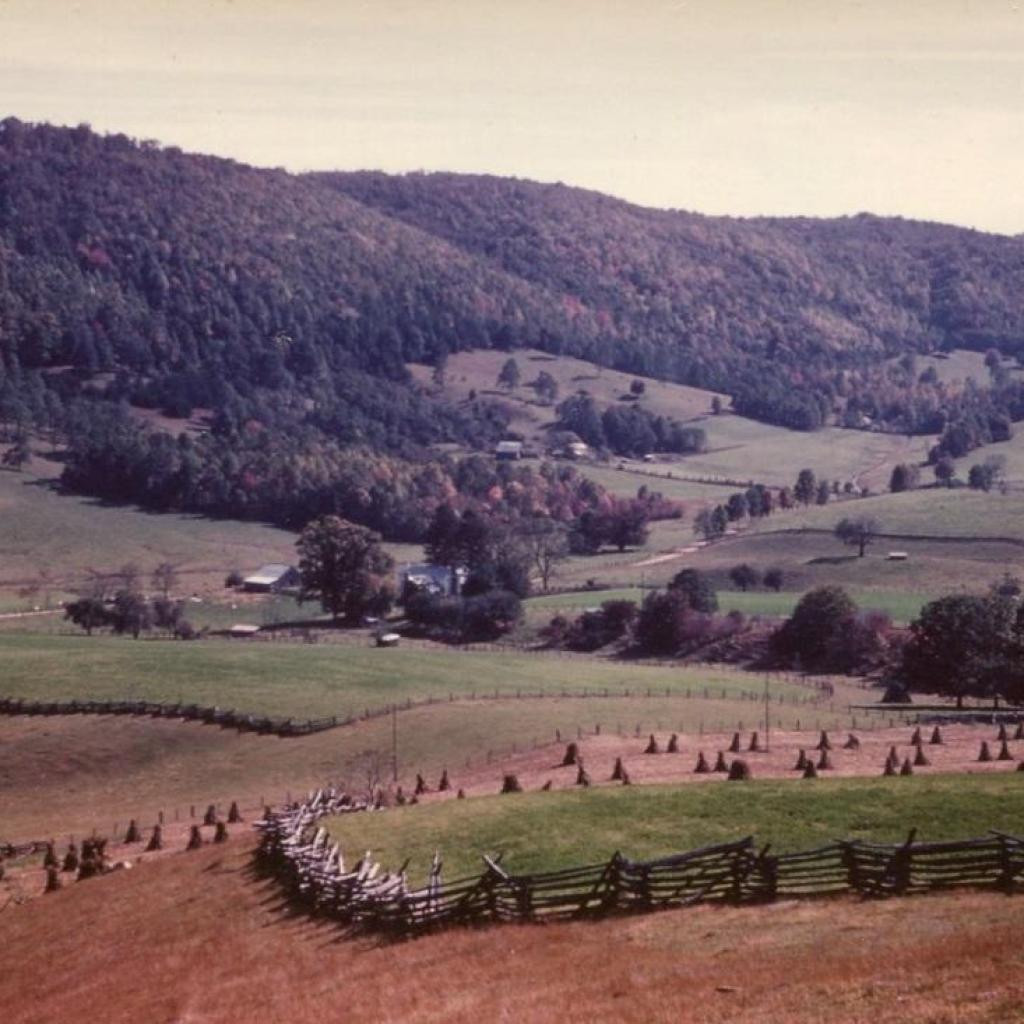 Fields Edge Farm is located in the Rush Fork Valley of southwestern Floyd County. In 1892, our great-grandparents, George W. and Clemmie Corn Slusher bought land from the Major Austin Harman family who had wearied of farming “two rocks to every dirt.” There are still plenty of rocks, but this valley has provided well for four generations of the Slusher family.

We know that our valley has been occupied and served as a home for thousands of years. Among the hundreds of prehistoric artifacts found in the plowed fields and gardens are grinding stones, axes, knives, soapstone pottery fragments, and ceramic potsherds. These are clues that the earliest people built camps and stayed here long enough to plant and harvest their crops.

The German and Scots-Irish settlers who followed the indigenous people hundreds of years later discovered the same bold springs, soapstone outcroppings, abundant woodlands, and fertile soil. They built their log homes and barns to endure through the generations. Families cleared “new ground” and planted orchards. The first Slushers came to Floyd County around 1790 and to the Rush Fork Valley in 1892.  After buying their parents’ property in 1916, Rom and Roger Slusher, Sr. worked adjoining farms on Rush Fork. Their farms, like those of their neighbors, were diversified operations with cattle, sheep, horses, hogs, turkeys, and chickens. They cultivated all the hay, corn, wheat, and other small grains needed to feed their livestock and families. Roger and Pearl Sutphin Slusher lived at the home place (still family-owned as part of Slusher Valley Farms). Their five daughters and one son, R.O., Jr., were born there and grew up hoeing corn, gathering eggs, tending newborn lambs, and driving their Hereford and Shorthorn cattle to summer pastures on Black Ridge. R.O. remembered cutting and shocking wheat at age five. Except for his years in service during World War II, R.O. spent his entire life farming this valley, first with his father and later with his sons.

Much of the land owned by Fields Edge is acreage R.O. purchased from his uncle and neighbors just after the war. Roger, Sr. and R.O. dedicated themselves to testing the recommended farming practices of the time. They continually worked to protect soil and water quality, as well as to raise quality crops and livestock. In 1954, R.O. was recognized as Virginia’s Young Farmer of the Year. This same year he married Evelyn Terry, who relished the farm along with all of its rocks. R.O. and Evelyn’s four children grew up on the farm. In the early 1970s, the Slushers began focusing on beef cattle. Hilly corn and wheat fields were returned to pasture land. Angus and Hereford cattle now graze the meadows and pastures year-round, rotating to fresh grass on a carefully monitored schedule.

Roger, III and Leslie Slusher are now developing the land they inherited as Fields Edge Farm after returning here from Lancaster County, Pennsylvania. In addition to their pastures and woodlands, they are growing market vegetables using biological methods.Terry Slusher continues farming and now operates under the name Slusher Valley Farms which he owns with his wife, Katie. He manages the Hereford cattle for Fields Edge. In December 2004, members of the Slusher family worked with the New River Land Trust placing most of their Rush Fork acreage under conservation easements held by the Virginia Outdoors Foundation. In time the farmers will again change, but this portion of the Rush Fork Valley will be preserved forever for farming and forests.

Like FREE food? Participate in our customer referral program and earn farm credit good for anything in our store! Learn how here!